Top immigration programs that can make your dream come true for immigration. 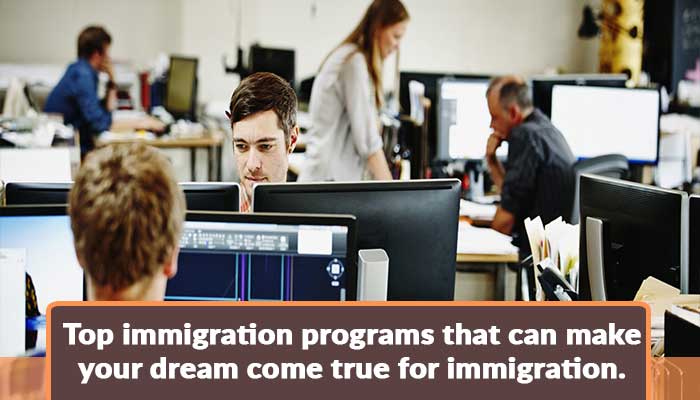 The most common reason behind people considering for immigration is to gain economical stability and upgrading of life style. This displacement from one country to another should be source of your welfare and well being. It should lead to a comforting life and over progress. Therefore, while choosing best immigration option one should consider various factors. We have enlisted 10 countries based on best immigration policy for the assistance of intending migrants.

According to a survey concluded by US. News, Australia ranked at 8th position among best countries for immigration. It is an economically developed country, best law and order, job availability, flexible immigration and citizenship laws in Australia, wide opportunities for entrepreneurships. It has already accommodated around 1.2 immigrants which show it’s a favorite immigration destination.

Spain ranks at 19th position for its immigration programs. The major reason for its likeness is cultural independence and friendly environment. Immigration in Spain can be applied after two years of stay there but of course there are certain requirements and your law history and bank history counts. Out of all European Countries, the Spanish people are least hostile towards immigrants.

The immigration laws and citizenship rights in UK are very considerate and based on basic Human Rights therefore, it stands at 3rd most favorite immigration destination. The population in UK is consisted of immigrants from every corner of the world, health care and education is free, jobs are highly paid and most of all living standards are extremely good.

If you have discussed about your immigration plan with people, you must have being suggested to migrate to Canada. It is most popular country because of its highly friendly and facilitating immigration laws. It stands at 5th position for best immigration laws and highly recommended.

Lately, the war situation in Saudi Arab with Syria has caused unstable economy is the country. But it is one of highest paying country to professional, workers, technicians and labors. People have built their lives while working in Saudi Arab. Despite of current hostile immigration situation, it ranks at top 32rd position according to a poll.

It ranks at 4th position among best immigration destination. Because of that it is most populous country of Europe. It has a stable economy, job availability, best living standards, and an open door policy for immigrants.

Oman has one of highest payment criteria for foreign employees. The job availability for professionals and skilled workers are huge. Omani people are non-judgmental regarding religion, sects and nationality. Living standards are best, healthcare facilities and Human Rights laws makes it highly recommended.There was a time, people used to dream about migrating to America. Now this has changed a bit, but still it stands at 7th spot for favorite immigration destination.

There was a time, people used to dream about migrating to America. Now this has changed a bit, but still it stands at 7th spot for favorite immigration destination.

It is ranked at 27th position for immigration laws. It is rapidly growing economy and there are plenty of job opportunities, Russian Passport has good reputation in all around the world.