if you have these, don't even think of migrating anywhere. You already got everything 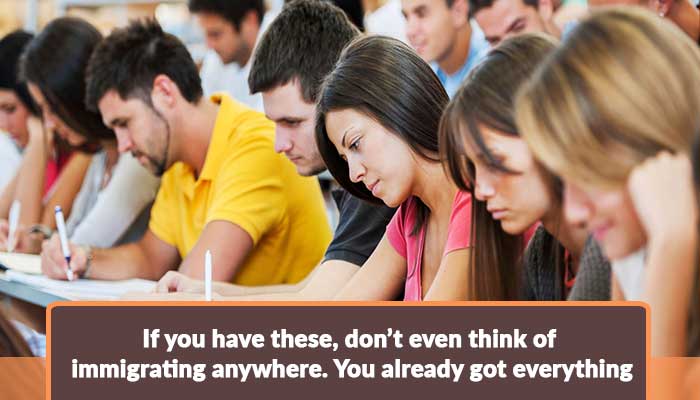 The intention to immigrate to some other country comes due to various reasons which can be desiring to ameliorate one’s life style, get better education, get hold of better job opportunities and better health facilities. But taking the plunge of living in an unknown country just merely to modernize or customize the standards of living is not wise though. There are assets and liabilities of living even in a developed country, immigration is not always bed of roses, and it has consequences. For that reason, one who is looking upon immigrating must contemplate on what assets he/she is leaving behind in their native land. Predominantly, if you have these artifacts, then you must think before moving to another country. Our aim is to give you consultancy before you migrate:

Having home of your own.

Having your own home is nothing less than a blessing in world today. People spend their lifetimes in obtaining this privilege. While living in abroad, it really won’t be easy attaining an affordable and comfortable space of living; you might have to shift into many houses from time to time. Being a tenant or immigrant is not a simple affair to withstand.

If you have a career or business which is rewarding you sufficiently.

If a person is migrating to grasp a better career opportunity when one already has a successful career or business in one’s own country, than the decision of immigration needs revision. It is not that easy out there. It will have aftermaths and you might have to start from scratch again to reach to that spot where you already are. There will be no guides to an easy passage of success.

The Privilege of Being Socially Welcomed.

The person who has spent all his life being accepted and appreciated among his social surroundings is luckier than half of the world’s population. The people who seek asylum because of religious and social conflicts go through a trauma. But if you are one those who have never faced social neglecting and hold a strong social support, revisit and re consider the thought of leaving that behind and struggling to fit in an unknown social atmosphere.

Leaving Behind Your Family and Friends.

Amidst the chaos of pacing world, where everything is about reaching somewhere and never stop competing, family is an only object that gives you prospective and peace. While living in a foreign land, you will be departing from people who matter the most. Family and friends who have shaped your life, who have made you the person you are today. The struggling of fitting in new people, making new friends is indeed complicated.

Comfort and Familiarity of Your Native Land.

There can be no substitute of living in a place where you can live without fear and aloofness. The law enforcement departments always consider immigrants as their first suspects during any domestic violence activity which is not less than disparaging one’s self esteem. Immigrants can never be ranked as same position as the natives. Besides, the racism and bigotry has reached at extremer level for immigrants.