What is the best age for immigration to any country? Some Important Tips are here. 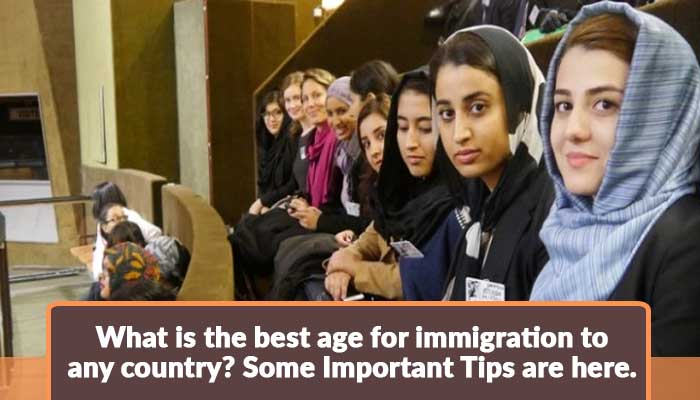 Immigration visa approval is depended upon many factors including age. The ideal age for immigration is concluded from 25 to 32. In countries like Australia and Canada, the candidates between this age gap have been given maximum points for age. Whereas, many people have attained immigration PR Visa even after the age of 40 years.

At the age group of 25 to 32, you might be eligible for many immigration visa programs. You will be able to decide if you’re going to permanently relocate in your desired country or settle there temporarily. You might get various career options and progressing potential. Many firms prefer hiring young and energetic professionals in their team of employees. In point based immigration system, people in the age group of 25 to 32 are high achievers.

The immigration of every country approves visas based on this above mentioned point based criteria. As per calculations, in almost all countries across the world, governments tend to give age point to people in age group of 21 to 49. Specifically, Canada, New Zealand, Australia and many European countries prefer 21 to 49 age group people for their immigration visa.

Person outside this age group lose this point of age in immigration visa criterion. Here to be noted is that in above mentioned point of immigration eligibility, the person with maximum points is more likely to be successful in getting immigration visa.

The main reason of prioritizing young immigrants in countries is based on the factors such as;

The people belonging to age groups of 40 above are most likely to be given immigration on the basis of Experience and arranged employment immigration points. According to survey conducted by CIC, ‘younger immigrants integrate more rapidly into the labour market and spend a greater number of years contributing to Canada’s economy, with diminishing points awarded from 35 to age 46.’

But internationally, the matter of giving immigration to young applicants has urged to be revised. It is rather unfortunate the point based immigration system is not giving the age point to people above 46 years old. They are denied age eligibility because of physical inability to adopt change and do labor work. But the people of ages more than 46 years can still apply on different immigration programs which are not employment based. But to be noted here, there are several programs of immigration whose eligibility criteria for age are flexible.