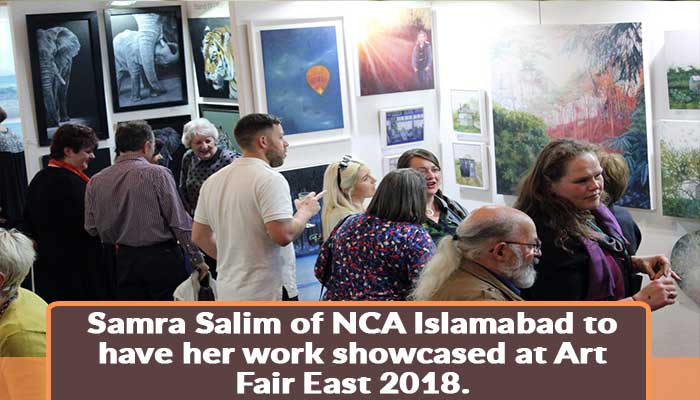 The prestigious Art Fair East 2018 will be held at Saint Andrews Hall, Norwich, UK will start from 29th November- 2nd December 2018. Samra Salim, a graduate from National College of Arts Islamabad will also be showcasing her art work in the art fair. She is currently residing in Dubai.

The National College of arts is considered as best art University of Pakistan. It was established in 1875 named as Mayo School of Industrial Arts. It is the oldest art university in Pakistan and South Asia.The University has collaborative partnership for student exchange programs with University of New South Wales, École nationale supérieure des Beaux-Arts and the Instituto Superior de Arte.

For Pakistani students who want to study at the world’s best art schools, here is the list of Universities with best world rankings in arts and paintings department: