This Is How Pakistani Citizens Get Better Job Opportunity in Germany 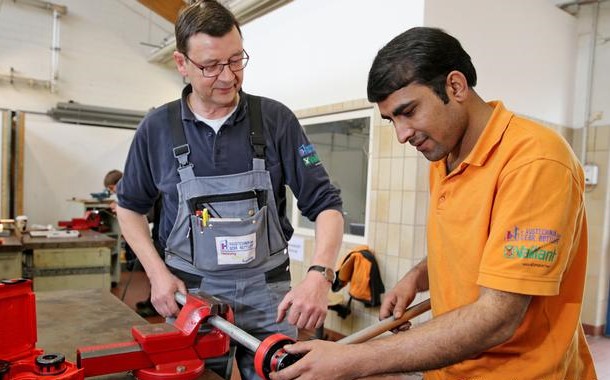 This Is How Pakistani Citizens Get Better Job Opportunity in Germany

A recent examination on the Federal Employment Agency based from Germany has revealed that Pakistanis are the most successful in getting job opportunities in countries based from EU from the last few years. From these EU countries the Germany is the one. European countries are, no doubt, welcome the foreigners throughout the world for different purposes i.e. study, working, business and permanent residence etc. and in this case the Germany is considered as the most popular one. After taking the view about the opportunities that the European Countries show towards the foreigners there is another thing comes to see and it is the self-motivation and hardworking of the applicants who get the better opportunity at abroad. Here are the some examples we have that come to know after taking surveys about the Pakistani people employment stories in EU i.e. Germany.

It is true that the European countries including Germany give priority to their local citizens in case of employment and in other affairs of life. And at the same time the foreigners are just allowed to do some specific kinds of job with less opportunities. But in the year of 2016 this requirement and rules has suspended and the priority is going to give to the employment or job market as compared to give the priority to the citizens. There are some examples we see that the refugees and asylum seeker there in Germany who are really talented and getting chance to work there in Germany to earn handsome wealth.

Respect is more than that of Money

According to the recent surveys from some previous years we concluded a report about the acceptance and rejection rate of the applicants from Pakistani migrants. This is clearly mentioned below here.