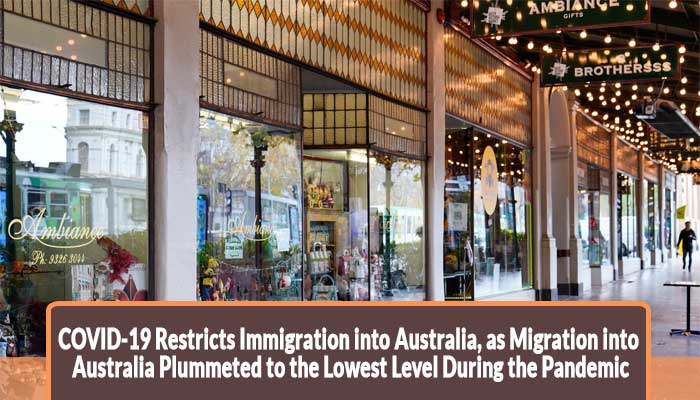 Ever since the outbreak of the novel corona virus, the world has turned upside down. This pandemic has had far-reaching consequences across the planet. Australia was one of the nations most hit by the outbreak. Since March 2020, Australia has closed its borders to international citizens and students in order to stop the spread of the virus in the country. Even now Australia has not provided clarity as to when the Australian borders will be opened for international citizens.

Effect of Pandemic on Immigration into Australia

According to a recent survey, migration into Australia has hit its lowest point since the beginning of the epidemic. Immigration benefits Australia and its economy enormously. The majority of Australians are from other nations, with the bulk coming from England, India, Pakistan, and China. Australia relies on these immigrants for economic development and advancement.

According to the research, just 3000 individuals migrated to Australia in 2020, the lowest amount of migration observed in Australia in the past 100 years.

Talking about the issue, Mark McCrindle, founder of the McCrindle Research agency said that,

“It is phenomenal. We were growing through migration. In fact, prior to the pandemic 60% of our population growth was because of arrivals from overseas. Last year that was just 2%. So, 98% of our growth is natural increase at the moment and even the births are not doing very well. So, we just have not seen such low numbers, such small growth in Australia for a century.”

Covid-19 has had the most impact on Australia's foreign education industry. The number of international students’ enrollments in Australia has decreased as a result of border restrictions. .