Did someone tell you should not immigrate to foreign country? These facts prove that wrong 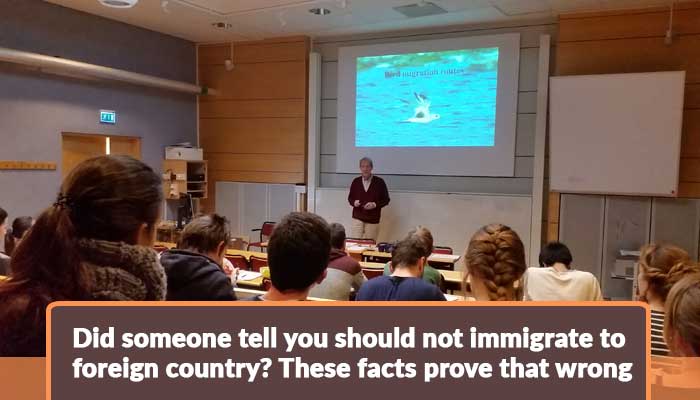 We often hear many things based on someone’s personal experience or limited facts and create a permanent idea of something because of it. But in fact, reality can be totally or partially different. Same goes with the process of immigration. There are problems, and certain changes in immigration policies and situation of migrants would not be the same as it was a decade ago. But still a large number of people migrate to other countries due to different reasons and settle well there. There are multiple countries offering accommodating immigration policies and welcome foreign migrants in their land. Here are some of the facts that can clarify your misconceptions regarding immigration.

Laws and Ethics Directed by United Nation for Migrants All Around the World:

A general treatment towards migrants in any country has been a topic of debate. United Nations has introduced policies to provide equal rights and security to migrants. The policies for migrants such as: The United Nations Convention on the Protection of the Rights of All Migrant Workers and Members of Their Families, freedom of movement, Universal Declaration of Human Rights and International Covenant on Civil and Political Rights (1966).

Immigration is Benefiting for Both Migrants and Host Countries:

Several surveys show economical and social benefits of migration. A study concluded, ‘welfare impact of observed levels of migration is substantial, at about 5% to 10% for the main receiving countries and about 10% in countries with large incoming remittances’.

Reduction of Poverty through Immigration:

A per expert opinion of renowned economists, Michael Clemens and Lant Pratchett, ‘permitting people to move from low-productivity places to high-productivity places appears to be by far the most efficient induced policy tool, at the margin, for poverty reduction’. As a matter of fact, we have observed the families who have migrated to a developed country like , UK, and Australia and so on, also support their families financially back home. The pays received in poor countries are not enough to maintain a good lifestyle, upon migrating , not only migrants get high payment jobs but also plenty of other facilities like medical care, education and living are accessed.

As per a survey being conducted in 2017, migration of skilled and educated workers is benefiting for both the host country and immigrating employee, it boots the innovation and production in certain sector. Another survey in 2013, delivers, ‘much of the existing research points towards positive net contributions by immigrant entrepreneurs’.

We have often heard our current Prime Minister Imran Khan saying that Pakistani migrants contribute to Pakistan’s GDP a lot. It is a known fact; the migrants living in developed countries bring larger remittances back home and make investment in their native land and hence helping the economical status of their native land boost. On international level, the policies for immigration are designed to build better foreign relations with other countries.