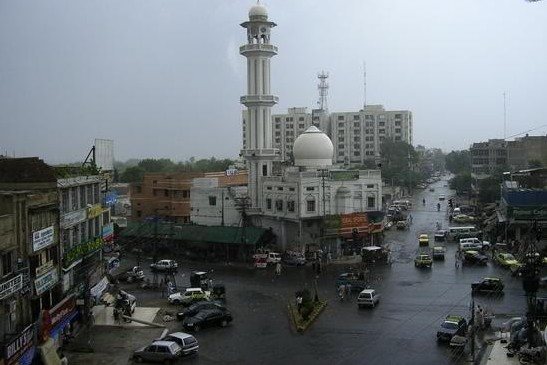 The immigration process can be very expensive and time consuming as you have to submit visa fee, arrange documents and travel. Even after having gone through all such utilization of time and expenditure of money, the result is uncertain. Hiring an expert consultant will guide you where you should spend money, he will save from spending time in accumulating information and the process which is expected to be completed in months can be completed in half duration than expected.

There are several immigration visa categories about which you must be unaware until you meet the expert in the field. The immigration visa points depend on factors of Education, Language Proficiency, Experience, Age, Arranged Employment and Adaptability. The consultants will let you know on which immigration policy are more likely to be eligible and guide you the right way to apply for it.

Applying through a proper channel and with guidance of professionals, the potential of your immigration visa success is higher. They will get you tread into a right and effective path of immigration. Obviously, if you arrange perfect documents and choose immigration category for which you are eligible than failure is avoidable.

If you are applying for an immigration visa to seek asylum or have any legal issue, hiring an expert consultant will definitely take off the burden and they will handle your case well. Even if your case needs to be handled by a lawyer, the consultants will suggest the right one.

An immensely important phase of attaining immigration visa is interview. You can say success is only possible of you answer correctly and in accordance to your application details. The selection and final verdict depends on how well you present yourself in interviews with Embassy authorities. Therefore, the consultants will give a must needed visa and interview coaching. They deal with hundreds of immigration applications each year, this experience has equips them with accurate advising ability. All their additional attributes can be cashed if you hire an expert consultant of immigration.

Rawalpindi is a major city of Pakistan. It is considered as a twin city to Islamabad which is the headquarters of Pakistan. It is a historical city which has been inhabited by the Buddhist community in ancient times. Rawalpindi word was originated after the advent of Islam. British has conquered this city from the Sikhs and established their principal garrisons.   After partition of India, Pakistan Army made it General Headquarter City. Many prominent military personnel have settled here from many other regions of Pakistan.

Rawalpindi lies on the foothills of Himalayas. Summers are hot but the winters can be frosty. Temperature exceeds 30 °C in the month of June and can be below 5°C for January. Rawalpindi receives largest amount of rainfall and thunderstorms. Wind there usually high speeds as compared to other cities of Pakistan.

City of Rawalpindi has a well-developed infrastructure. There are many recreational places there like Jinnah Park, Ayub National Park, Liaquat Park and others etc. People also migrate from Rawalpindi to other areas of the world.

Literacy rate of Rawalpindi is higher. There are countless educational institutions there. Military of Pakistan have setup various colleges and universities like Army Medical and other category of cadget colleges.

Immigration to other countries has become popular trend for the people living in Rawalpindi. There are many reasons of it. Better employment and healthcare are the primary causes. Some of the nations have very higher developed economies. Many of the global government have initiated welfare programs for their citizens. Free traveling agreements have also been signed by the major states. Education is also another factor. Pakistani people also emigrate with their families. Southeastern Asian territories like China, Japan, Indonesia, Malaysia, Singapore and others have progressed a lot in the technology and other kind of electronics. Maximum number of civilians have also shifted to Islamabad due to exceptional wellbeing there.

Numerous immigration consultants have setup their businesses in Rawalpindi. They are offering services for the advanced nations of the world.

Hi. I am Rehmat from Afghanistan. I do business in Saudi Arabia. I want to visit Canada. Therefore i want to get visit visa. Plz send me information.

Sir i am not single me and my wife are in education department i have 4 year teaching experience and my wife has 10 year experience.we all want to apply for migration

I want to apply in mbbs in germany .. i visited many expo held in islamabad by times consultant in serina .. the procedure and all about is diffrnt as we heard from you and see in the youtube or google .. so plz guide about this